THE NEUROCHEMISTRY OF FLOW

Brains in flow are in an enhanced mental state and enjoying a rush of neuro-chemicals. This is an addictive neurochemistry cocktail:

1. Dopamine – The reward neurochemical – Acts like Cocaine.
Dopamine functions both as a hormone and a neurotransmitter, and plays several important roles in the brain and body. It is an amine synthesized by removing a carboxyl group from a molecule of its precursor chemical L-DOPA, which is synthesized in the brain and kidneys. In the brain, dopamine functions as a neurotransmitter – a chemical released by neurons (nerve cells) to send signals to other nerve cells – and as a neuromodulator. Inside the brain, dopamine plays important roles in executive functions, motor control, motivation, arousal, reinforcement, and reward, as well as lower-level functions including lactation, sexual gratification, and nausea. The dopaminergic cell groups and pathways make up the dopamine system which is neuro-modulatory. The brain includes several distinct dopamine pathways, one of which plays a major role in the motivational component of reward-motivated behavior (‘the reward chemical’ or ‘the neuro-chemical of more’). The anticipation of most types of rewards increases the level of dopamine in the brain, and many addictive drugs increase dopamine release or block its reuptake into neurons following release. In popular culture and media, dopamine is usually seen as the main chemical of pleasure, but the current opinion in pharmacology is that dopamine instead confers motivational salience; in other words, dopamine signals the perceived motivational prominence (the desirability) of an outcome, which in turn propels the organism’s behavior toward or away from achieving that outcome. It is these Dopamine pathways that are being exploited by social media app developers for smartphones, leading to addictive behaviors and uncontrollable distractions.
Other brain dopamine pathways are involved in motor control and in controlling the release of various hormones. The direct precursor of dopamine, L-DOPA, can be synthesized indirectly from the essential amino acid phenylalanine or directly from the non-essential amino acid tyrosine. These amino acids are found in nearly every protein and so are readily available in food, with tyrosine being the most common. Although dopamine is also found in many types of food, it is incapable of crossing the blood–brain barrier that surrounds and protects the brain. It must therefore be synthesized inside the brain to perform its neuronal activity. Several important diseases of the nervous system are associated with dysfunctions of the dopamine system, and some of the key medications used to treat them work by altering the effects of dopamine. Parkinson’s disease, a degenerative condition causing tremor and motor impairment, is caused by a loss of dopamine-secreting neurons in an area of the midbrain called the substantia nigra. Its metabolic precursor L-DOPA can be manufactured; Levodopa, a pure form of L-DOPA, is the most widely used treatment for Parkinson’s. There is evidence that schizophrenia involves altered levels of dopamine activity, and most antipsychotic drugs used to treat this are dopamine antagonists which reduce dopamine activity. Dopamine itself is used as precursor in the synthesis of the neurotransmitters norepinephrine and epinephrine.

2. Endorphins – Endogenous Morphine – Pleasure chemicals.
Endorphins are endogenous opioid neuropeptides and peptide hormones. They are produced and stored in the pituitary gland. The classification of molecules as endorphins is based on their pharmacological activity, as opposed to a specific chemical formulation. The endorphin class consists of α-endorphin, β-endorphin, and γ-endorphin. All three preferentially bind to μ-opioid receptors. The principal function of endorphins is to inhibit the communication of pain signals. Endorphins may also produce a feeling of euphoria very similar to that produced by other opioids. 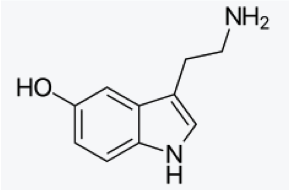 3. Serotonin – Acts like MDMA/XTC.
Serotonin or 5-hydroxytryptamine (5-HT) is a monoamine neurotransmitter. It has a popular image as a contributor to feelings of well-being and happiness, though its actual biological function is complex and multifaceted, modulating cognition, reward, learning, memory, and numerous physiological processes such as vomiting and vasoconstriction. Serotonin is an important neurotransmitter in the brain for the regulation of mood, behavior and sexuality and a normal appetite (without excessive need for carbohydrates, for example). Serotonin produced in the gastrointestinal tract (by enterochromaffin cells) plays a role in the release of digestive juices, intestinal peristalsis and sensory perception. A serotonin deficiency has been associated with various complaints and disorders, including depression, panic attacks, lack of libido, (eating) addictions, obsessive behavior, (auto) aggression, disturbed temperature regulation, reduced pain tolerance, sleeping problems and gastrointestinal complaints. Lowering serotonin status may be due to stress, increased cortisol levels, insulin resistance and a lack of certain nutrients (such as vitamin B6, magnesium and tryptophan). Melatonin, formed in the brain (epiphysis) from serotonin, is an important (neuro) hormone that regulates circadian rhythms including sleep-wake rhythm, hormone release and body temperature. In addition, melatonin acts as an antioxidant and immune-modulator. Melatonin deficiency can cause insomnia, among other things. 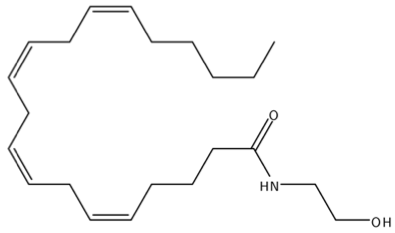 4. Anandamide – Endocannabinoids – Bliss chemical, acts like THC, or tetrahydrocannabinol, the chemical responsible for most of marijuana’s psychological effects.
Cannabinoid receptors are concentrated in certain areas of the brain associated with thinking, memory, pleasure, coordination and time perception. THC attaches to these receptors and activates them and affects a person’s memory, pleasure, movements, thinking, concentration, coordination, and sensory and time perception. THC is one of many compounds found in the resin secreted by glands of the marijuana plant. More of these glands are found around the reproductive organs of the plant than on any other area of the plant. Other compounds unique to marijuana, called cannabinoids, are present in this resin. One cannabinoid, CBD is non-psychoactive. THC stimulates cells in the brain to release dopamine, creating euphoria. 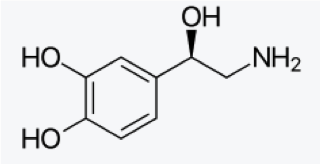 5. Norepinephrine – (Noradrenaline) – Acts like Speed.
The general function of norepinephrine is to mobilize the brain and body for action. Norepinephrine release is lowest during sleep, rises during wakefulness, and reaches much higher levels during situations of stress or danger, in the so-called fight-or-flight response. In the brain, norepinephrine increases arousal and alertness, promotes vigilance, enhances formation and retrieval of memory, and focuses attention; it also increases restlessness and anxiety. In the rest of the body, norepinephrine increases heart rate and blood pressure, triggers the release of glucose from energy stores, increases blood flow to skeletal muscle, reduces blood flow to the gastrointestinal system, and inhibits voiding of the bladder and gastrointestinal motility. 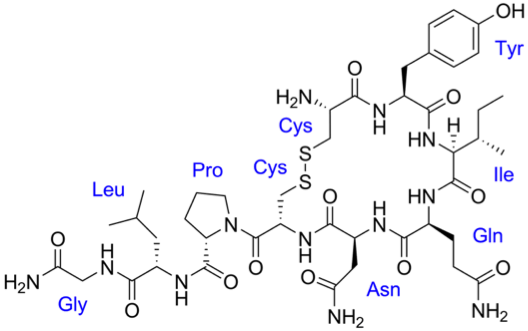 6. Oxytocin – The ‘connection / bonding and love’ hormone.
Oxytocin is a peptide hormone and neuropeptide. It is normally produced in the hypothalamus and released by the posterior pituitary. It plays a role in social bonding, sexual reproduction, childbirth, and the period after childbirth. Oxytocin is released into the bloodstream as a hormone in response to stretching of the cervix and uterus during labor and with stimulation of the nipples from breastfeeding. This helps with birth, bonding with the baby, and milk production. It is also produced in the heart and travels throughout our blood vessels. There, it is believed to increase nitric oxide production. The nitric oxide then dilates our blood vessels, reducing blood pressure. Oxytocin also has a powerful effect on free radical and inflammation levels, which are two of the central culprits in coronary artery disease. Excess inflammation, for instance, leads to a buildup of arterial plaque that can result in a heart attack.

8. gamma-Aminobutyric Acid – (GABA)
GABA is the chief inhibitory neurotransmitter in the central nervous system. Its principal role is reducing neuronal excitability throughout the nervous system.

9. Glutamate
Glutamic acid (the anionic form is known as glutamate) is an α-amino acid that is used by almost all living beings in the biosynthesis of proteins. Glutamate is also the most abundant excitatory neurotransmitter in the vertebrate nervous system. It serves as the precursor for the synthesis of the inhibitory GABA in GABA-ergic neurons. The glutamate neurotransmitter plays the principal role in neural activation. This anion creates the savory umami flavor of foods and is found in glutamate flavorings such as MSG.
Because of its role in synaptic plasticity, glutamate is involved in cognitive functions such as learning and memory in the brain. The form of plasticity known as long-term potentiation takes place at glutamatergic synapses in the hippocampus, neocortex, and other parts of the brain. Glutamate works not only as a point-to-point transmitter, but also through spill-over synaptic crosstalk between synapses in which summation of glutamate released from a neighboring synapse creates extrasynaptic signaling/volume transmission. In addition, glutamate plays important roles in the regulation of growth cones and synaptogenesis during brain development.